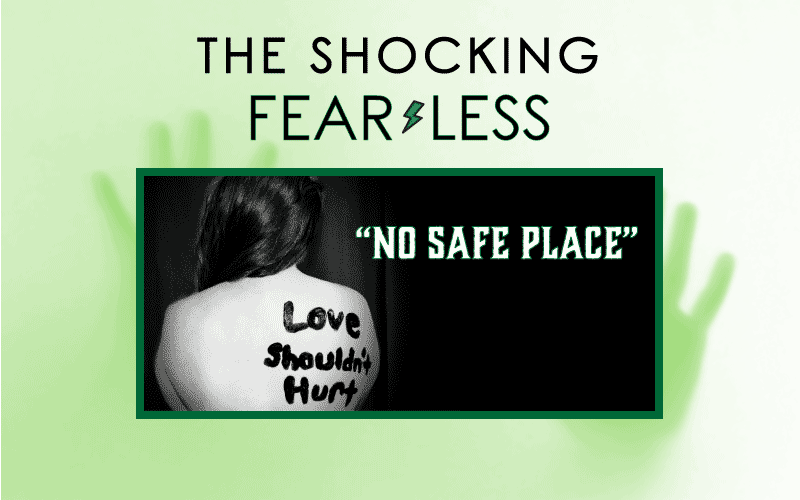 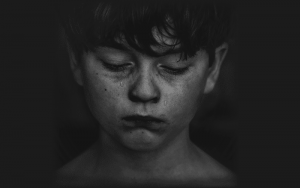 The names are changed. These clients want their stories told.

Today is a day much like any other day, unfortunately. I look down at my folded arms. Cuts and scratches cover my arms, and I can hardly remember a time when they weren’t there. When I look up, I see my husband, Paul, his head in his hands at the kitchen table. His appetite has been gone for hours, though I can’t understand why. I would switch places with him if I could, but it wouldn’t change anything. We’re both being abused.

Paul, somber and exhausted, gets up and walks to the bedroom. It’s late, and I think he’s done for the day. Billy’s behavior is taking a toll on both of us. Our relationship is growing more threadbare by the day, and we might both be too tired to mend it.

Billy is a good kid, right until the second that he isn’t. Something sets him off, sending him into a cycle of rage. Just like that, the sweet boy Paul and I know is gone, a raging Hulk taking his place. Billy attacks both of us when he doesn’t get what he wants, and sometimes when he does. He almost always apologizes later, when he has calmed down. I think he means it when he says that he is sorry, he just can’t control his Hulk.

I know we are not bad parents, but we are judged constantly. This whole thing often doesn’t make sense, and it’s not fair. But it is real.

I hear the dog growling. Bear doesn’t like it when Billy gets extreme and I’m afraid he will bite him one day trying to protect us. Our kiddo is up now. It’s 10pm and Bear is on alert. My husband is in the bedroom, so tonight it’s up to me to keep the peace. Billy gets overwhelmed when both of us are talking to him (sometimes yelling), so we separate when things might escalate. Right now things are escalating and it’s GO TIME.

I hear the heavy footfalls of a determined child fueled by range and cortisol. Sleep is on hold. I am empathic, compassionate, and scared. Billy is screaming unitelliable things, almost speaking in tongues. He has worked himself into a frenzy. Blinded by his rage, he is coming at me.

I try to talk to him for a long while, but he is already in his cycle and the hulk has taken over. He is full of adrenaline and any thought of self-regulation has long since escaped his immature mind. He can’t hear me, and the cycle needs to complete itself if I want his rage to end.

Whatever Billy wanted when he was calm is long forgotten now. Bear is barking like crazy, and my environment is saturated with shrieking and barking. I am able to get Bear in the other room so he won’t bite anyone during this incident. Maybe I should have stayed with Bear, but I am going to try again to calm my son.

I respond to Paul’s text, he knows I’m okay, even though Billy has already ripped my shirt and pulled my hair. He’s now latched himself onto my leg. Bear started to bark again, and Billy is distracted long enough for me to get away.

I’ve had enough and I’m now on the other side of a locked door. The door handle is wiggling back and forth with a malice. Every time it moves I want to throw up. I can see the action from the security cameras placed around the house. Billy’s body language tells me he is starting to tire.

Billy is calling to me with a steady, relentless moan: “Maaahhhmm, maaahhhmm,” then, shrieking, “MOM!”

We’ve been through this before. The second I open the door, Billy is going to kick me, bite me or something worse.

Finally the moaning stops and I wonder if he has worn himself out, having fallen asleep by the door. I check the security app. He is not by the door. As I exhale, I look to see where he is in the house. BANG! He’s back. Billy starts pounding on the door relentlessly. After 20 minutes, he walks away. It’s after 11pm, and I should be asleep myself. Billy is very clever and when he is in this mindset, he just wants to hurt me. The camera is fuzzy but I can see he’s got something in his hand, probably a paperclip. Shit. That scraping sound, I know what that is. My son, intent on doing me harm, is picking the lock.

Fortunately for me, he’s having trouble. At 11:30pm on a school night who could blame him? He wrenches the door handle a few more times before giving up. I exhale. I must have been holding my breath and didn’t notice. My keys are with me and Paul knows to keep his hidden. I check the app, but Billy is nowhere in sight. He must be in between cameras. Dammit. I do need to know where he is. I turn to the window and there are his bloodshot eyes looking dead at me. He looks at me, and is a bit bewildered on how he got there.

The Hulk is going to bed for the night and Billy is returning to us. I know that look, it isn’t a fake out. I exit my safe place, confident that the cycle is complete.

Billy is exhausted. Billy’s just a kid, and right now, he needs his mother.