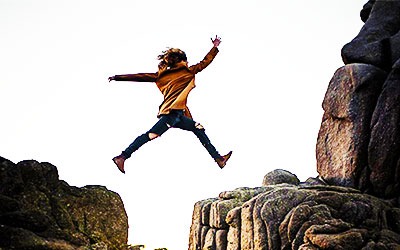 Fear can be crippling. It can take a goal, or an ambition, or even a life, and completely derail it with the dread it stirs up. When you feel fear, it is your brain perceiving a threat. This threat can be real, like a bear chasing you, or more imaginary, like a phobia of public speech. On the spectrum from real to imaginary, fear can be found at any point, and often contains elements of both. For example, you may hold a deep terror of getting hit by a bus, unlikely as it is to happen, the possibility still exists as a threat to your life. 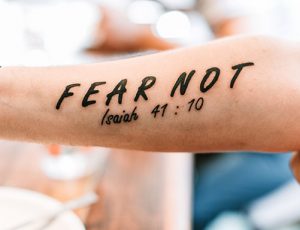 To many people, the terms anxiety and fear are interchangeable. While bouts of anxiety do stir up fear, sufferers feel many other emotions as well. The feelings may be similar, but the panic inducing feelings do differ in some key areas. These areas are essential to note as the way to combat the two feelings diverge. Fear is an adverse reaction to a tangible and observable danger. Anxiety is less focused on a predicament presently playing out and more on aimless worries over future events. In short, fear is formed from known threats, while anxiety is born of unknown dangers.

How to Reduce your Fears

While the guide to overcoming anxiety has more to do with learning to manage and tolerate, fear can be greatly diminished or even totally resolved. According to Dr. Noam Shpancer, a professor of psychology at Otterbein College, the best and most potent medicine for fear is immersion therapy. When one immerses themselves in their phobia, a process called habituation begins working to reduce the amount of fear experienced in future encounters. Habituation is the idea that each concurring time one’s nervous system is exposed to a stimulus, the amount of arousal the subject experiences is reduced.

The process of habituation is extremely useful in facing down one’s phobias. When you first confront your phobia, it will likely be very frightening and leave a sour taste in your mouth. However, if you continue to face your fear again and again, it will lose its potency. The dread you once felt will be a shadow of its former self. This works because the novelty of the fear-source begins to wear off. This process works much the same when a parent is first confronted with a diagnosis of a social disorder for their child. Vigorous waves of terror often overcome them. However, with each concurring day of living with the diagnosis, the terror begins to fade. The parent sees that some of their worries were real and some were imaginary, but all of them were manageable.

The process of overcoming dread also works in the opposite way. Just as habituation suffocates feelings of dread, total removal from the source of one’s phobias amplifies the dread and makes one’s fear that much harder to face. Dr. Shpancer defines this as a fear of fear. The subject is removed so far  from the source that even if they know the fear is irrational, it still holds them hostage. The knowledge that dread will incur should they encounter that stimulus becomes more dreaded than the original phobia itself.

Overall, the best way to reduce terror is by confronting the stimulus in manageable steps. If you feel unease about driving, go for a drive. If social interaction makes your knees buckle, talk to a stranger. Fear is difficult to overcome on your own and it is always recommended that you allow anyone with good intentions to lend their help. If the fear is too great for you and your support system to manage, seek out professional help. Coach Ross is just such a professional, helping patients overcome fears they have when dealing with a difficult child or a difficult relationship.