THE SCIENCE OF AN EMOTIONAL BURNOUT 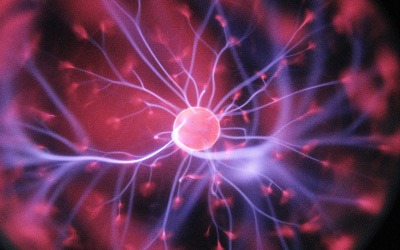 It can happen to anyone. You work hard to build a career, a family, a life. Laboring yourself into a rhythm, you learn your new duties as you work to establish your dreams in reality. But then it all starts to become too much. The responsibilities that were once an adventure through which to navigate now seem like an impossibly heavy load to bear. Even basic things that you once flew through weigh you down to a crawl. A molasses pace as you feel everything you’ve worked so hard to achieve slip away. If this sounds familiar to you then you may be going through what is known as emotional exhaustion, on your way to a complete emotional burnout. It may feel silly that even small things seem to drain you of life, like it’s all in your head. There is a science behind it. It’s not silly. But it is all in your head.

The Reason Behind your Emotional Exhaustion

Systems of the Body

Emotional exhaustion has to do with a system of the body called the endocrine system. The endocrine system is an organ system of the body made up of various glands that produce hormones. These hormones sustain processes such as metabolism, sleep cycle, growth, development, and many more aspects of daily life. It also controls stress management and the fight or flight response. The fight or flight response is action the body takes to keep itself alive when there is a perceived threat of death. Originally, the fight or flight response took over to avoid deadly threats like predators. But in this modern world, where threats are less deadly, the body still perceives high stress events as danger and responds accordingly. When the fight or flight response activates, a concoction of hormones release into the body. The two main ingredients being: adrenaline and cortisol. Adrenaline’s effects are well known: elevated heart rate, increased blood pressure, and a boosted supply of energy. However its partner, cortisol, has effects that are less widely known.

According to the Mayo Clinic, cortisol is known as the primary stress hormone and produces many of the problems that lead to emotional exhaustion. Cortisol works mainly with how your body uses glucose, increasing its levels in the bloodstream. Cortisol enhances the brain’s use of the sugar, and makes glucose more readily available for tissue repair. In addition to this, cortisol works as the body’s natural alarm, shutting off processes that are unnecessary for short term escape and survival, such as the immune and digestive systems. This response deeply affects mood, motivation, and fear. Personality can also quickly deteriorate during periods of extreme stress.

Why Hormones Build Up

As the perceived threat fades, the body naturally will stop the release of adrenaline and cortisol, returning heart rate, blood pressure, and energy supply to normal, stable levels. However, since many people face non life threatening stressors in their daily lives, the body never has any time to recover and ebb the release of the fight or flight hormones. Due to this, adrenaline and cortisol build up in the endocrine system. It clogs the pathways for other hormones and disrupts the bodily processes. It is this build up of hormones that contributes to emotional exhaustion.

The build up of hormones in the endocrine system is called the allostatic load. It is comparable to cars stuck in a traffic jam on a highway. When the allostatic load is sparse, cars cruise freely to their destinations, then exit the highway when they’ve reached their destination. However when the allostatic load builds up, a constant flow of cars enter onto the highway. Because of this, other vehicles will never get off at their destination. This is what is going on inside the body of emotional exhaustion victims. If the traffic jam of hormones becomes too severe, the body can go into a period of shut down, called an emotional burnout. In this stage, the subject will reach a point of apathy and other functions can be shut down. The most adversely effected areas are eating and sleeping. Severe cases can even inhibit the ability to move.

How to Reverse an Emotional Burnout

Once someone reaches an emotional burnout, it can take a great deal of time to reverse the effects. This can be extremely difficult because a victim of an emotional burnout must forgo all stressors and focus on recovering their eating and sleeping habits. Once these normalize, the body metabolizes the overabundance of hormones in their system. Because of this, it is best to handle your stress when you feel yourself becoming emotionally exhausted. Before a full burnout is reached. The best way to ebb your exhaustion is to ensure you get at least eight hours of sleep every night. In addition, ensure you are eating healthy portions of food which contain proper nutrients. A renewed emphasis placed on recreation and healthy relationships also goes a long way towards supporting a more stress-manageable life style. Finally, it is of importance to consider reaching out to a professional. A therapist or coach, can be monumentally you feel you cannot manage your emotional exhaustion on your own.

Coach Ross is just such a specialist. He has trained in helping people manage their lives and cleaning up unnecessary stressors. There are many ways to manage stress. Coach Ross offers a specialized plan to “declutter” various aspects of your life and learn to prioritize what is important and improving areas which are lacking.